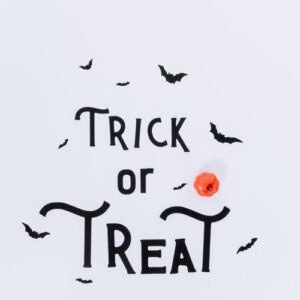 Did your neighborhood do trick-or-treating this year? Yes, but not everybody on our street. But yes, my friend did across like no not across the street. What was the best costume you saw? Um, I mean we didn't see many costumes, so I'm probably gonna have to pick somebody in our family, but I don't really wanna pick. I really like your witches costume. Thank you. But I'm also glad that my mom didn't dress up as one of her other costumes. She almost dressed up as a hippie and also somebody that just got out of the shower. That was disturbing. Yeah, it was.

Comments Off on “But I’m also glad that my mom didn’t dress up as one of her other costumes.” 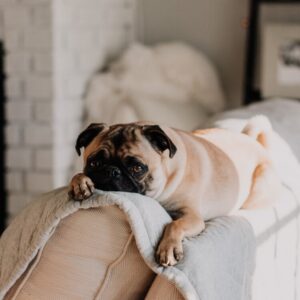 If you could be any animal, what would you be? That's a difficult one. I mean. I would probably. That’s a hard one. Maybe like a dog, because I mean if you think about it, they spend like their whole day like being pampered by humans doing whatever they want. Like just being lazy, just like hanging around, getting fed, getting fat, getting pampered all day, getting loved on. Sorry, my dog's right here. But, I don't know probably a dog. I don't know but I've been, I don't know if it’s just because I've been so bored during quarantine that like nothing has changed for the past seven months. That like I don't know, that I want something to change. But I've really been like wanting a pet lately, like a new pet which my mom thinks is ridiculous because we have three dogs. But I want um rats. My mom is shaking her head I can see her. But I want pet rats which a lot of people are like, ew gross rats don’t those spread diseases, aren't those like dirty and like that's like a weird pet. But personally I think, like I researched them a lot and they're less likely to carry diseases than dogs. And so, I think that they're great pets, but my mom is not so interested in them.

Comments Off on “I’ve really been wanting a pet lately, like a new pet which my mom thinks is ridiculous…” 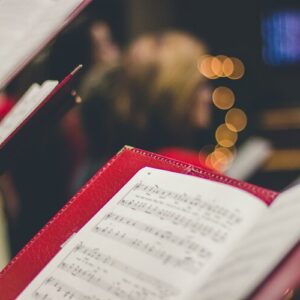 When is it too early for Christmas things to be out in stores? Do you celebrate Christmas? If so, do you buy presents throughout the year or during the Christmas season? When does Christmas start for you? I suppose Christmas things could be out in stores now, almost, all through November. I know people are like "ah, you're skipping Thanksgiving." But I mean, people can buy Christmas stuff whenever they want. I personally -- we celebrate Christmas in my household. We’re a Catholic Family, Christian family, and so we all celebrate Christmas. I do not buy presents throughout the year. I would buy them during the Christmas season, if I were to buy them, and I don't buy them very often. Christmas for me, season starts, I guess, probably after Thanksgiving. I like listening to Christmas music, pretty much the whole -- all winter long. Yeah, I don't mind them playing Christmas music, I think after Thanks -- Halloween.

Comments Off on “I like listening to Christmas music, pretty much all winter long” 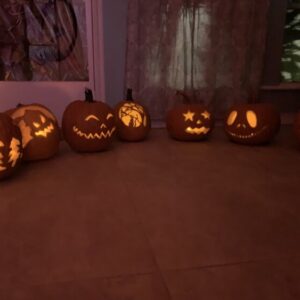 Today I want to tell the story of me carving the pumpkin for the first time. I never celebrated Halloween before and this is the first year I actually celebrated Halloween. So my friends all made me carve pumpkins. I've never carved pumpkins before and it was a lot harder than I thought. It was fun if you want to do simple patterns or just faces, but if I want to do something complicated like carving tree branches or clouds, the pumpkin just falls apart. I had so much fun carving pumpkins and we roasted all the pumpkin seeds afterwards. So that was a wonderful Halloween experience. My friends also made me watch the classic Halloween movies. We watched Young Frankenstein, and what's that called -- The Nightmare Before Christmas and Hocus Pocus, so that was supposed to serve as my Halloween education.