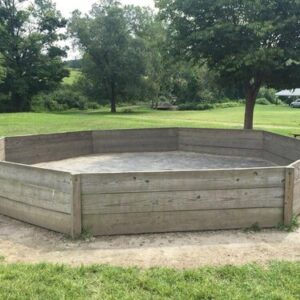 I'm in the sixth grade. So, I'm hoping to skip a grade but socially I'm a kindergartener, true fact. So I probably won't cuz, actually second thoughts, I don't want to skip a grade because I have friends and if I skipped a grade, I would be in a whole different school than them because I'd have to go to the middle school building. So that sucks. I do have a best friend and we love playing gaga ball. During gaga ball we’re like frenemies and then we're best friends and we stay up till midnight watching Pitch Perfect. Oh my gosh. It's like. So I do have a best friend, but during gaga ball, like we just love playing gaga ball, sometimes she even has to get me to do it and I love it.

Comments Off on “I do have a best friend and we love playing gaga ball.” 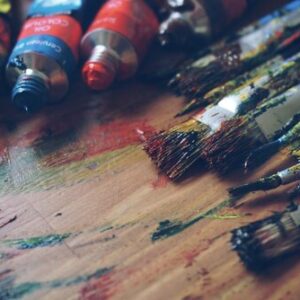 The most thoughtful gift I've ever received. Well, this is recently within the past month or so one of my grandson's has decided to start, he's very a very talented kid and I don't take any credit for that, but he's decided to start oil painting. Anyway, so he started painting and he's you know, he's new at it of course, but his first oil painting he's done colors and watercolors and that kind of stuff before, he's done drawings numerous drawings. Very good at drawing very very good at art. His first watercolor, his first rather his first oil painting. I took him to get a haircut because he needed a haircut and as I was bringing him back home from getting his hair cut he says, "well wait here, I have something for you." So he comes out with a brown paper bag and inside this brown paper bag, was his very first oil painting that he's done. And I was so incredibly touched I cannot begin to tell you. He signed it and dated it and -- because who knows where this kids gonna go, I mean he's gonna go far if he you know applies himself. But anyway, I was so incredibly touched that he created this and his very first oil painting he decided to give to grandpa. So that was the most thoughtful gift I've ever received and I do still have it, It's prominently displayed in my living room, of course and will be until the day I die. So, I was pretty touched by that. 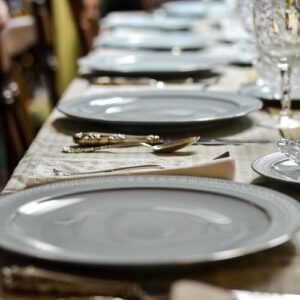 I think Thanksgiving plans are very tentative. I have my parents in their seventies who are hoping to drive up, they don't want to fly, but and that's the only people we're gonna have, but we haven't seen them since the kids started back in person school. So I’m really hoping to see them they live in Pennsylvania and I guess just depends plans all seemed so tentative but, we are really hoping to see them for Thanksgiving and we for the second year in a row are hoping to invite another family from our area who is also very careful and kind of a bubble except for school. We did this last year and it was just really fun. We decorated cookies and -- hadn't really -- it was like a nice Thanksgiving tradition for the kids to do together, but we're hoping to enjoy the time and my mom is a retired art teacher. So she said she even has an art project for the kids to do together a little Christmas preparation. So we're really looking forward to Thanksgiving and hoping to gather together as normal.

Comments Off on “I think Thanksgiving plans are very tentative.”