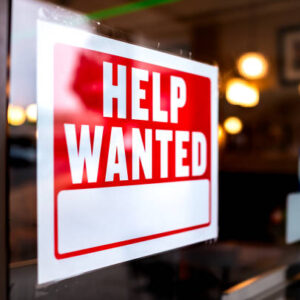 Walking through downtown Ann Arbor, I was seeing lots of openings for cooks and servers and they were, you know, I think the highest I saw was twenty-two an hour. Also saw sixteen and eighteen, I think, which is, you know, before the pandemic, that would be considered high right? But now, you know, I took two semesters of Econ. I'm not an expert, but that's supply and demand, right? The, the supply of labor has decreased, so the price needs to go up for these companies to be competing for the same employees. Frankly, I mean, it's painful in the short-term. I mean, I worry that — I mean, a lot of companies did go under. We already know that from the pandemic. But I guess I worry that we're gonna see a lack of access to goods and services which, of course we already did see in the earlier pandemic. But just like further disruption to the supply chain, which would be bad. Yeah, I just really don't have too much Insight on that. Like I said, I'm just seeing the couple job postings with the newly inflated wages. Seems good to me, frankly. Cause that was the thing back in the early pandemic. When suddenly all these workers that were low paid were considered essential, of which I was not one. So why am I earning so much more money than this person who's an essential worker in a grocery store or in a hospital or, or whatever the case is? If they're essential and I'm not, presumably, their wage should reflect that. And you know, maybe it's, I think, you know again, I'm not an expert in Econ by any stretch, but I think it's just because the skills are relatively in a broader supply so that means the wage for that person is lower. I mean in a like, sort of cold sense it's because they can be replaced. But now, you know, eighteen-ish months after the pandemic started, suddenly these people can't be replaced easily. So now the wages are going up. And that seems like good news to me. Those are hard jobs.

Comments Off on “Suddenly all these workers that were low paid were considered essential.” 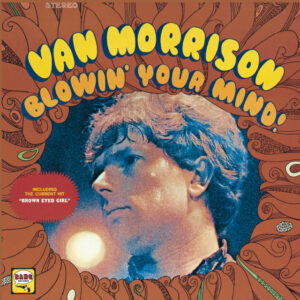 I also think of the song Brown Eyed Girl by Van Morrison. And that song makes me think of my dad, and he would -- we'd have the a.m. radio on back in the day, be down in the barn in the evenings milking cows. And he would -- that song would come on the radio, which we'd have turned up loud so you could hear it through the barn. And he knew we didn't enjoy -- we being me and my sisters, enjoy having to be down there at night, working to help him with milking the cows. But he did like to try to make it be fun and when that song came on, I remember him stepping out from between the cows, we had a stanchion barn, and into the aisleway and we would both sing at the top of our lungs "Shalala lalala lalalala deeda la deeda boom boom ba doom." Anyway, if you know the song it's a really fun song to sing. And him singing to me "You My Brown Eyed Girl" and I felt so loved. My dad was not a very affectionate man. But when he sang that song and called me his Brown Eyed Girl, I felt so special and loved and appreciated. And it actually wasn't probably until I was an adult and married myself and -- before he started telling me that he loved me. Which was so nice to finally hear him say that. He was always so busy, worked so hard on the farm. To take a moment of time for some tenderness just meant the world. And when I was younger, you know, like ten or twelve years old, him singing that song to me was like the epitome of making me feel loved from my father.

Comments Off on “Him singing that song to me was like the epitome of making me feel loved from my father.” 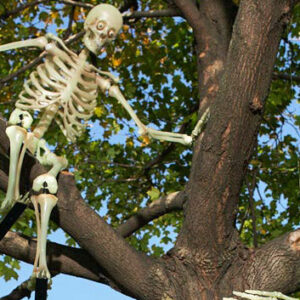 Across the street I have neighbors who have three skeletons that they unveiled probably three years ago, and they -- the three skeletons have developed a personality and a story line over the past three years. And every week that neighbor of mine will take those skeletons and shape them into another scenario. For instance, last week they had a kiddie pool that which had one skeleton sitting in the kiddie pool while two others played, I don't know, maybe, badminton, I think it may have been. And this week one of the skeletons is in their tree, stuck in their tree, presumably, with two other skeletons down below reaching out to help and one has a stepladder. So I guess I do -- I guess I do have a favorite decoration now that I think about it, and it's right across the street from me. So, a tip of the cap to that guy who keeps the Halloween decorations fresh. It's not brutally scary or anything. It's in good fun. He's got like a three skeleton family thing going on over there, where the child skeleton's always up to no good. 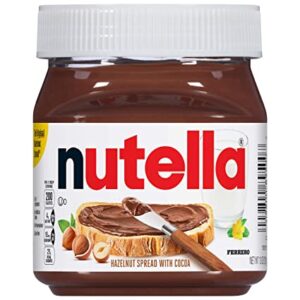 I think Nutella is delicious. It's chocolate and hazelnut in a spread form. A good portion of my grad school like exams and paper writing, was like staying up really late night, drinking a lot of coffee, trying to find things to eat that were fast but felt rewarding for all the hard work I was putting in. So there were times where I would just eat Nutella and have a jar of Nutella and a jar of peanut butter and just kind of alternate between spoonfuls of that. So I would say, yeah, it's definitely worth the hype.

Comments Off on “… it’s definitely worth the hype.” 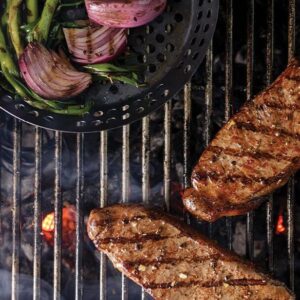 Have you ever had an unfortunate kitchen mishap? So I'm known for my reputation for being a bad chef. I've blown up 9 microwaves, burned two grills, and broken three ovens. And these are completely true statistics. My best story is the grill one. So I remember my dad was grilling steak and he wanted me to keep an eye on them while he went to the bathroom, but he didn't like give me a spatula or anything. So I was watching the steaks and a bee came and sat on one of the steaks. So he didn't give me a spatula. I didn't have a spatula. So, I grabbed this tree branch off the ground and I wanted to like whack the bee, but instead I whacked the steak, which fell like through the -- through the holes into the grill, or into the fire. And then, I don't know what happened, but a lot of things started falling and then something fell on the gas tank thing, underneath the grill, which caught fire. And thankfully my neighbor had a fire extinguisher and, you know, stopped the fire. But let's just say I got into a lot of trouble and I also got banned from being near the grill. So me and the grill now maintain a good social distancing. Get it? Social distancing? Cause of like the pandemic? Okay, you guys get it.

Comments Off on “So me and the grill, now maintain a good social distancing”