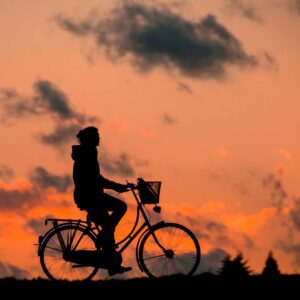 “Do you remember your first time riding a bike? Where were you? Who were you with?” Yeah, so the first time I rode a bike was with my dad in my neighborhood cul-de-sac. He was holding the back of my bike as I rode around. And my mom and my sister were watching me from the driveway. And I remember this so clearly because I felt so free. My hair wasn’t tied and so it was like flying behind me and the wind was at my face, and I just felt so connected with nature. And till today riding my bike is one of my favorite hobbies. In fact, in the pandemic I’ve ridden my bike way more than I ever have because we couldn’t go anywhere and it was just nice to go outside for a while because, you know, in online schooling, we were like sitting at a computer for eight hours a day. And so it was nice to go outside and I don’t know. Whenever I ride my bike, I feel very connected to the Earth, to nature, and I don’t listen to music while I’m riding my bike. So I like listening to the sounds of nature and the sounds of the world. 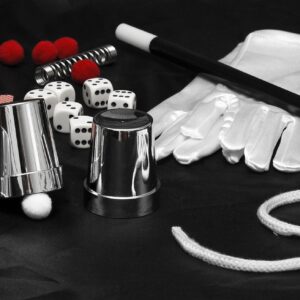 Also like recently now with social media and technology there are a lot of magicians in a sense who post videos. So there’s this really popular influencer called Zach King, and he has these mind-blowing magic tricks that he posts about. Like I saw him on TikTok the other day. He used to be very popular on Vine a few years back and he has YouTube and everything and he puts — it’s incredible what he does and I’m still amazed by it, like it does not seem possible. Like he can be standing in front of a train and then suddenly he pulls a train out of thin air and it’s like a toy train. And it’s like, how did you even do that? Like, how does the editing come into play? But yeah, so it was cool to see physical magic shows, but it’s also interesting that now with technology and social media there are new ways to encounter magic and, you know, be fascinated by it. And it is for all ages. Even though the shows, I haven’t been to any since I was very young. But magic is, of course, for all ages. And I know some people are not that interested in it. They don’t, you know, enjoy the concept of like deceiving in a sense, but I think magic is super cool. I wish I could do it. I might pursue it but I think that with the technology and social media, it’s gotten way cooler. Like I love watching those videos. They’re just so fascinating.

Comments Off on “With technology and social media there are new ways to encounter magic.” 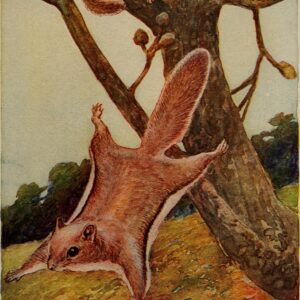 “If you could turn into any animal at will, what would you turn into? One of our team members said ‘a cat,’ so they could choose when to pet and when to be left alone.” I actually like that logic, that’s really, really cute. I don’t know that I’d wanna be a cat, ‘cause, don’t they lick their own butts and so do dogs and everybody sniffs butts, and… I think I’d want to be something that could run fast, really fast, like a cheetah. Or like one of these animals, like, that can climb to big heights. Maybe not, because of the — they stink — but the monkeys, you know, I don’t want to be a monkey, ‘cause they stink but it could be kind of cool, if you could like scale these trees or, you know, or swing from branch to branch and know, just have this, like, mentality in your head that, you know, you’re going to swing from this branch to the next, and you’re going to hit it. You don’t have to worry about falling twenty feet. I think that would be super cool. Like a squirrel, like a flying squirrel, would do that and stuff. That would be kind of cool. But I think it’d be fun to be able to go fast, and run so fast that, you know, like, the wind is catching you. Like you’re super fast. I think that’d be kind of cool.

Comments Off on “It’d be fun to be able to go so fast that the wind is catching you.” 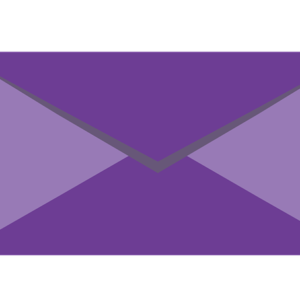 “What do you associate with the color purple?” That’s so funny that the Godmother does. My grandmother, is what I associate with purple. She absolutely loved purple. And everybody knows that she loves purple. And usually, if you give her something that isn’t purple, that could be, she kind of gives you a look like “what’s your problem here?” Like, even the envelope on a card she kind of looks at you like “why isn’t this purple?” Or the writing in the card, “why isn’t this purple?” Like she kind of gives you that look like “This could have been purple and it isn’t, so maybe make that happen next time.” I’ve recently bought her a book that’s called — I’m not going to remember the exact title of it, but something like, something about having more purple people in the world. And I thought that was so totally appropriate for her. And the book is really interesting too, about being your unique self.

Comments Off on “Why isn’t this purple?” 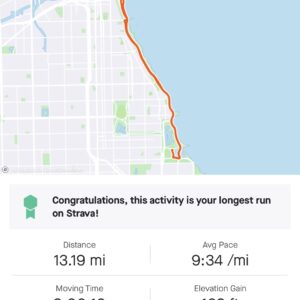 I ran my second half marathon ever today with my brother and I’m really proud of myself. It was really cool. Because this race was very different from my first half-marathon I did. The first one I ran just by myself last year because of quarantine and Covid. There weren’t any races going on, but I really wanted something for me to do, since I had more free time was to learn, how to train to run a half marathon. And I did it. And then this year my brother was inspired. So he wanted to run one with me as well. And so we signed up for the Chicago half marathon, which was today and it was so much fun. And so different from the first one. We ran with six thousand people. It was wonderful. The entire time there were people cheering us on. The whole race just went by in a flash. I know it sounds crazy because it’s such a long run. Like, I did the whole thing in two hours and six minutes, but I feel like I blinked, and I was at 9 miles. And I just — every second was so fun. The halfway point was inside of a concert venue, and we — like the back of the venue where someone would drive a car to drop off equipment in the venue, we ran through there, and then turned around in the venue, and then came back out. We ran along Lake Michigan. It was just so beautiful.

Comments Off on “I ran my second half marathon ever today”