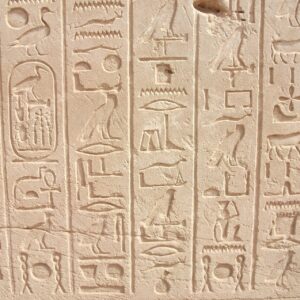 That reminds me, in social studies this year they traced me and we made a life-sized sarcophagus of me and it was really cool because each group had to do it and then we made like a pharaoh and then it had, like, hieroglyphics on it and it, like, of my greatest achievements and it was colored to be like me and it was -- it was really cool. Like, it was made out of paper, but we stuffed it with stuff. And yeah, so it was a life-sized sarcophagus. And so yeah, I totally know what this is talking about with the ancient Egyptians.

Comments Off on “…we made a life-sized sarcophagus of me.” 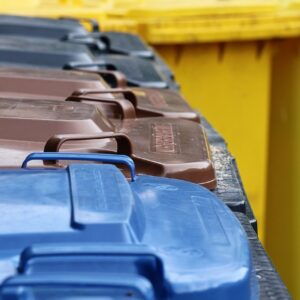 Did you have to do chores when you were younger? Or now? What was the worst chore? What was the chore or you didn't mind so much? Did you ever get caught pretending not to do a chore, but not really doing it? So I did not have do chores when I was younger. I don't have to do them now either. But every now and then if there's like a party or something, my parents would make me do chores, the worst chore I've probably ever had to do is taking the garbage out at 12 a.m after a New Year's party. It was so scary because I'm afraid of the dark. Now, don't get me wrong. I'm not afraid of the dark like the element of the dark itself, but I'm afraid of what could potentially be in the dark that could harm me. And so that was the worst chore that I had to do because I didn't want to run in the dark and then put the garbage can at the end of our driveway. But I didn't want to go slowly because then something in the dark that could hurt me would know that I'm moving, and so I sprinted as fast as I could. And I pull up the garbage can at the end of our driveway, and then when I came back, I fell, which was what I was afraid of and then, like, I had scabby knees for a while. So that was definitely the chore I've ever had to do.

Comments Off on “The worst chore I’ve probably ever had to do is taking the garbage out at 12 a.m. “ 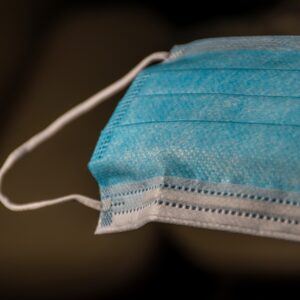 I hope Covid continues in the right direction. I forgot to look up this week's numbers. But I swear the numbers have been plummeting, just like we hoped they would. We saw the numbers of Omicron cases in South Africa go insane like a month, month-and-a-half ago. And then they dropped off a cliff and people said, “Maybe they'll drop off a cliff here too.” And it looks like that might be happening and man, please. But I'm gonna try to steer clear of falling into that trap, that trap called hope. But you know what? I wanna -- I want to feel hopeful, even if I end up being wrong again, moving forward. I wanna feel hopeful, I wanna believe this is different. I wanna believe we have a way out. So I’m gonna use some positive vibes and hope that we're gonna get there, guys. You know, all pandemics end at some point and I'm not gonna require that coronavirus disappear, ‘cause coronavirus existed before Covid. I’m not even gonna require that Covid-19 fully disappear. I just want to get to a spot where we can be more okay with it, you know. If it has to end up as a common cold sort of thing, that's a win in my book. I'll take it. I'm just -- I'm so ready. Please, I'm begging you, Covid. But anyway, yea, hope you guys are still staying safe out there, and I wish you the best this week.

Comments Off on “I want to feel hopeful, even if I end up being wrong again.” 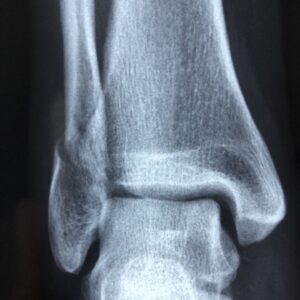 Today I want to talk about ankles and the importance of quality ankles. Six years ago I was going to physical therapy for back issues and I was doing really well with it. And I was almost done and it was November that we had had a little snow, some snow, and I went to park at the parking lot of the physical therapy, parked my car, got out of my car, when I went to walk up to the building. I fell and I didn't know, but there was black ice there and I landed on my ankle. So, my foot was going the wrong way, and there was a bone come out the other way. It was really bad. And so I laid there for a while until ambulance came. But anyways, I had a trimalleolar fracture and that's the worst fracture you can have for an ankle, but I went to William Beaumont Hospital, they relocated the bone, and then a week later, after the swelling went down, I had surgery and the doctor put in a plate and eight screws, and a stabilizing bar. So, I couldn't walk at all for three months. I couldn't step that foot couldn't step down on the ground. The doctor told me that I had to pretend there was live ants at the bottom of my feet. And those ants better stay alive for those three months.So I did it. I was cooped up in my house in a wheelchair for three months and eventually had stitches out. I had have another surgery to take the stabilizer bar out. But long story short, I was able to walk again. Of course, I had to have physical therapy and it took probably a year and half to be able to really walk right, as right as I walk again.