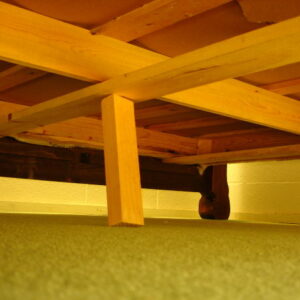 So I had to be like five, four years old, when this happened, but it's still a vivid memory. And I remember this, this is probably my youngest like real memory that I have, and it was terrifying. So, I went down to Chicago, and I stayed for a week with my aunt and uncle all by myself, which -- and my cousins was well, who are my age and then also an older cousin who was now in college. But -- so I had to sleep on an air mattress in the ground with my older cousin, who's nineteen now in their room. And my mattress was like, right next to their bed. And somehow during a night, I'm just sleeping on the bed and it was like, not -- the air mattress wasn't like full of air. And so, it's kind of like, whenever you roll around , there's not air where you're laying. And so, somehow when I woke up in the middle of the night, I'm under my cousin's bed, and I'm like, am I blind? I can't see, what's happening? And I try to get up, and I bumped to my head. I'm like, oh my gosh. I'm under my cousin's bed right now. And so I start screaming 'cause I'm unable to get out. It was like, small. I don't know how I got under there. And -- so I'm just trying to squish my way out, but I get to about my chest, like I somehow got my legs out, and I'm just stuck. And so, my aunt comes in, she sees my legs are out from under the bad, and she's like, oh my gosh, she's just tugging my legs, and she's just tugging it. And after like half an hour, took a really long time, I got out, and it was just really scary, and I still remember that.

Comments Off on “Somehow when I woke up in the middle of the night, I’m under my cousin’s bed.” 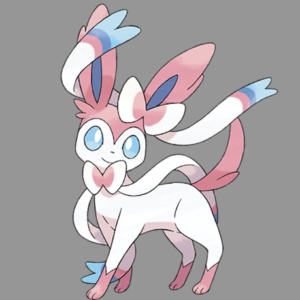 The Pokemon franchise was released in 1990s and still popular today. What Pokemon do you think most embodies you? That's a hard question. So I really like the Pokemon series. In fact, even though I've only played one game which was Pokemon X and Y. I really, really loved it. Like, I was in fifth grade at the time. I had -- like the Pokemon I mainly use was the Sylveon if you look it up. You'll see it's like this -- it evolved from the Eevee. It's like a very -- it's a white dog I guess. It's like a combination of a dog and a rabbit cuz the rabbit ears. It's white, it has pink and blue ribbons. It's a very nice Pokemon. It was like level eighty something. I don't know. I used it so much. It was so strong. Like, you would go against like these giant dragons and like, you know, Bulbasaurs, Charizards and then there's just like this tiny little dog, who destroys them in one shot, that was really fun. But then my little brother took my save file, deleted it and then he started playing off it. So now my fifth grade childhood memories Pokemon are all deleted, my Sylveon is gone into oblivion. 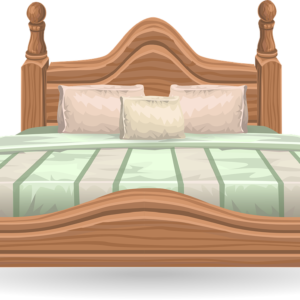 Waterbeds were big in the 1980s. Have you ever had a notable incident with a bed? So I remember when I was, I think I was in second grade, my parents specifically told me and my sister to not play ninja, but we still played ninja. And the way we play ninja is with those fake, lightsabers and stuff. And so, we were playing ninja in my room. And you know, how beds have those poles at the end, like four poles on the four corners of the beds. And so I think -- I'm not sure if I hit one of the poles or my sister did, but one of us hit the pole and it broke in half and it fell down. And we were -- we both didn't want to tell our parents because he knew would get in trouble. And so my sister got some duct tape and stuff and I got some paint, and we duct taped the pole back together and repainted it brown, so that -- cuz we didn't have brown duct tape. And then I remember my mom came to tuck me in that night, and she asked what happened to our bed and I came up with some really bad excuse and she found out what had happened. Although I think -- I think she really liked our gesture of trying to fix it, so she wasn't as mad as she would have been originally. 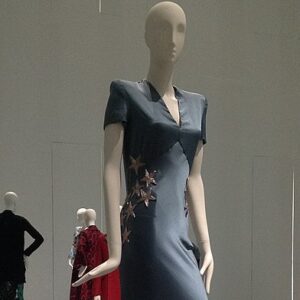 In the eighties, we had shoulder pads. I loved them. I rocked those shoulder pads, I had the shoulders to rock them. It was pretty cool. It was one of the only fashions that I really partook in. I didn't do the jumpsuits or the jogging suits or the -- What are they called on your? The sweaters on your leg? Your leg warmers. I didn't do big scrunchies in my hair. My hair was cut short. I didn't learn the Thriller dance. I was a mom in the eighties. So I didn't learn, you know, all these cool things. I was busy with Barney and raising up my kids. But I remember shoulder pads for sure. Gosh, that's one that could come back and I'd rock it again at age sixty.

Comments Off on “I rocked those shoulder pads.” 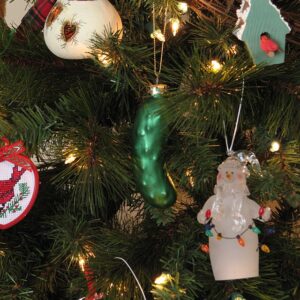 We always have this tradition which I just learned recently that -- so I was always under the impression that it was a German tradition, cuz I am German American, to hide a pickle ornament in the tree for Christmas. And so, how the story goes is that whoever find the pickle first gets to either do one of two things, they either get an extra present that's been put aside for that purpose or they get to open the first gift. And so as I was growing up, I was under the impression that this was like a like German tradition, which technically it is, but it's more of a German American tradition that only like people in Germany don't do it, but the people who immigrated from Germany do it, or that immigrated to America from Germany do it. So it's more of that which I thought was interesting because I always thought otherwise, so it's cool to learn new things sometimes. But yeah, that was my favorite. My aunt had, I think, I want to say like four or five pickles that you would hide in her tree. One was like a real sized cucumber that you would hide and then the next was like a teeny tiny little gherkin that she would hide. So that was always a fun tradition that we had, was hiding those in the tree and trying to find them. So I always looked forward to that, and now we have two in our own tree and then I put up a little tiny tree in my college apartment, and I put one in it. The problem with mine is though is that it's like a three inch long pickle on a two foot tall tree, so it's quite difficult to hide and my friends were giving me grief for -- and I can agree, but they were making fun of me because they would look at me and go "I found it" and just point at the tree, but it didn't quite work out as I had hoped it would, but next year I will have a better one and I'll use that one as like a fake out. So they'll think they found it, but they actually haven't so that'll be fun.

Comments Off on “It’s like a three inch long pickle on a two foot tall tree.”