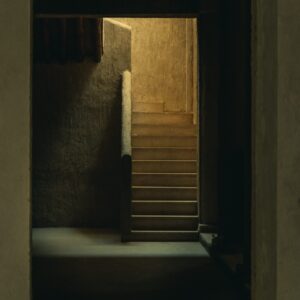 “If you were in a horror movie, would you survive or would the audience yell at you as you walk into the basement?” I feel like I would make smart decisions but would be killed anyway, like I remember there was this one time where my parents were like, you know, out and then my siblings and I stayed home and suddenly, you know, our house has the alarms which basically go off if something happens, like if a door opens, you know, they go off, you know, you obviously have to set it like, if a window breaks, if someone breaks in and basically, we are just, you know, chilling at home, parents are away. And suddenly we hear alarm go off and it's like area seven or something around the lines of that. And just, like, hear beeping in the area seven and again, my sister and I were downstairs. I think my brothers are upstairs, and we started to look at each other. I think I went upstairs. And then, my brothers decided to go investigate in the basement. They -- we call our parents and they're like, “Oh, go check.” And apparently it was pipeline. So it was nothing serious. But yeah, so while -- I guess, I hid upstairs, my sibling were like, “Oh, yeah, let's just go, you know, downstairs.” They brought kitchen knives. I know. So I feel like in a horror movie in that situation, they would survive or maybe one of them might have died, I dunno, cus, like, that’s something a protagonist in a horror movie would do. And I, you know, being smart, would die. I think, like, the best thing you can do if you're in a horror movie, is basically do something that a horror movie protagonist would do. Cuz, you know, they gotta survive ‘til the end. Yeah, I'd be a side character for sure. Yeah, I feel like my decisions would keep me alive, but I'm just an unlucky person. So I'm gonna die anyways.

Comments Off on “The best thing you can do if you’re in a horror movie, is basically do something a horror movie protagonist would do.” 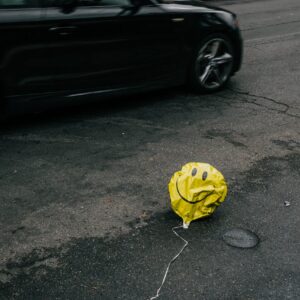 I'm going to be completely honest, I almost laughed when I saw that the genre, the theme for this week was horror. Horror movies have absolutely ruined some of the best friendships I've had in my life. And this is the only connection I ever make to horror movies now. Essentially -- I don't want to tell this story again. I feel like I'm living in the past, you know, but it genuinely hurt me and it was for some reason all about horror movies, cuz I suggested, “Hey, me, you and the other two friends that we’re all really close with, we’re having a sleepover. But can we not watch horror movies? Can we maybe play games or something?” And then, to my surprise, the meeting was almost -- people were like, “Yeah, yeah, we could do that.” And then, almost immediately the whole thing got canceled. I found out months later during my birthday party that it was not canceled. They just said it was canceled and then invited everyone else besides me, because I said I didn't wanna watch horror movies. Yeah, that's a lot of the association I have with horror.

Comments Off on “Horror movies have absolutely ruined some of the best friendships I’ve had in my life.” 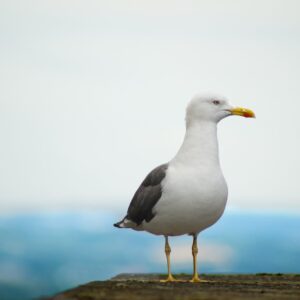 This audio contains language that has been redacted in the transcript but not in the audio file. He used to, like, pop off all the time about how, like, seagulls were, like, the best bird ever, how, like, they don't get enough credit, but, like, they're great. Their immune systems are great, they can just eat whatever they want and, like, they're still healthy. And we just don't give them enough credit. And as he's, like, going on about how great they are, we're on the beach and this seagull s****, like, right on his head. And I have never seen someone change their opinion, you know, one-eighty, so fast. He was like, “You know what? No, f*** you!” And so ever since then he's been like, “No, f*** seagulls, they’re the worst.”

Comments Off on “We just don’t give them enough credit.” 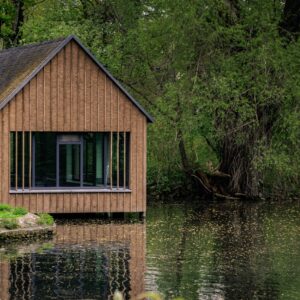 Have I ever had a supernatural experience? You know, my parents died, when I was forty-two, and they died literally three weeks apart to the day. And I was staying at their house after they had both passed, sleeping in my dad bedroom -- 'cuz with her health issues, they were sleeping in separate bedrooms. And I was sound asleep and the headboard of the, of the bed I sleeping in -- it was my dad’s bed -- was against a side window. Not, not, nothing facing the street, but a side window - it was the weirdest thing. Anyway, I, I, I was sound asleep, like I say, and I woke up and there was like a white flash in the window -- and this is out in the woods now, mind you. Because they had a retirement place on the lake. There was a white, a very white, bright light and I woke up and it was just receding up and away from the window very quickly. And as it woke me up, I heard a noise in my mother's bedroom down the hall, like a rustling noise, like a "shhhhh" rustling. And because I had the alarm system on, I knew it couldn't be anybody else in that building, in the house. And so, I went into my mother's room, and there was, of course, nothing in this, and no – I turned the light on, there was nothing, nobody there and nothing amiss. Nothing had fallen, nothing was moving, had moved or anything. And anyway, did a quick, real quick search of the house and there's nothing was amiss. And again, the alarm system was on, so nobody had been in -- had broken in or anything. And the windows had been shut. So it wasn't an outside noise, because this was in the winter. And, and I had a sense of calm, I wasn't bestuttled. It was just a sense of calm. And I spoke with a couple of my friends who are a little bit more into the supernatural or whatever, and they suggested that it was my parents stopping by to let me know that everything was okay and they were all right, and make sure, you know that I knew everything was fine. And so, that was kind of -- I mean, this is twenty-six years ago. It stuck with me and…

Comments Off on “I heard a noise in my mother’s bedroom down the hall, like a rustling noise, like a “shhhhh” rustling.”

But I do have an unusual number of stories -- I think it's an unusual number of stories -- of times when I accidentally screamed in public. I think the first was when I was going to boarding school and the school had taken a field trip to the mall for one of the weekend activities. And I was, I was in a bookstore, of all places, with my best friend and she was having some drama with a guy from the school. And we rounded a corner, and I was not looking ahead of me. I was looking off some direction, but she was looking ahead of her and she saw the guy that she was having drama with. She did not want to encounter him. So she tried to stop me by gently putting her hands on my shoulders, not taking into account my excessive startle response. So she put her hands on my shoulders. I immediately scream. She very quickly, fast like a bunny, runs the opposite direction. The guy looks up. I am standing there alone, having screamed for no apparent reason. He, he just kinda looked at me in shock and said, "Are you okay?" And I said, "Yes. I'm going to run away now." And then I did exactly that.

Comments Off on “I standing there alone having screamed for no apparent reason.” 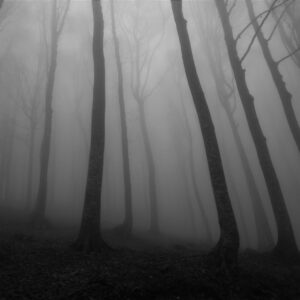 One time one of my co-workers asked us -- we have these morning meetings, like three times a week and they're more sometimes fun. And he asks us, “If you could only choose one, what would you say is more likely to exist, aliens or ghosts? You have to choose one, and you can only choose one.” And most people said aliens because of, you know, well, the universe is so big and statistically, it's unlikely that we'd be alone or whatever, and, but I was like, ghosts, you know? Yeah, that could be, there could be aliens, sure. But like, there's a little like, literally, no evidence. The more just basing, that on like, statistical probability, is not evidence, right? Ghosts, like, people have stories, you know, throughout time of seeing things, or a feeling things or hearing things. You know, I just think that that, yeah, like why the heck not, even if you believe in a person's spirit, you know. Or the Holy Spirit, even. I don't know how you could say that that's an impossibility, right? And I think we all know the feeling of being haunted, if not literally then figuratively, by a person or an experience, something you did or didn't do or regrets. That you just can't shake, and I feel like that's kind of a universal feeling maybe, and that's why ghost stories and horror can be effective because I feel like we're all kind of familiar with those. The creeping dread.

Comments Off on “That’s why ghost stories and horror can be effective.”