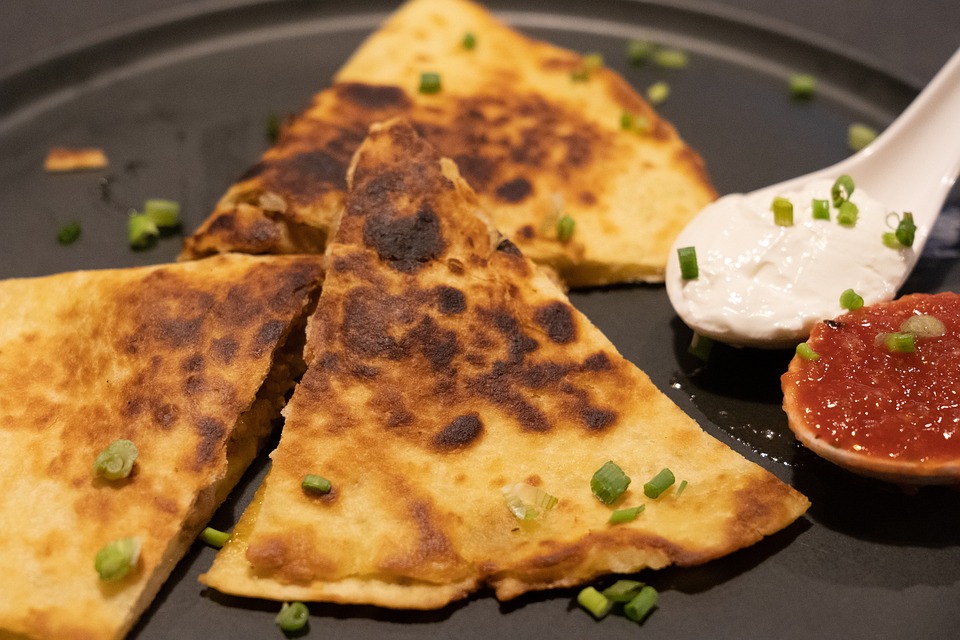 “… Just as we were entering the kitchen, we witnessed the quesadilla burst into flames.”

There was this one time where my – I was a very young adult and my friend, we would’ve been like what, 19? 19, 20. Somewhere around in there. And my parents had gone, I think they’d gone on a cruise actually. And we were living in this very old, this semi-derelict farmhouse, maybe that’s too strong. But I mean, you could see into the basement from the first floor ’cause there were holes here and there in the floor, just like one or two, and they were very small holes, but you could see into the basement. And there – the fan vent in the bathroom, like, didn’t have any kind of face plate on it on the outside, and starlings nested in the fan housing every year. It was kind of nice, you would hear the baby birds in the spring, and you couldn’t use the fan in the bathroom for a while. And by the time we left the house, it also had this problem where every time it rained, those of us who lived in the – who had bedrooms in the top floor, I would have to – it was usually me – we would have to wake up and batten down the hatches, because the windows didn’t work right, and water would come in the windows. So you had to check and make sure the windows were holding, and if they weren’t, you had to bust out the packing tape and re-packing tape the windows to keep all the water out and away from the electrical outlets. So anyway, we were in this house. Oh also, they did finally – the institution that owned the house – we were in staff housing in this place, if you can even imagine. But they did finally remodel the house, and discovered that it was insulated with newspapers from, oh, I don’t remember, it was somewhere between the 40s and the 60s. So you knew when it had been, like, worked on the last time. It was insulated with bat poop and newspaper, which is to say that it was a tinderbox of a place. It also didn’t have any subflooring. Like the hardwood floor had just been laid directly on the cross beams without any like solid subflooring, which is probably one of the reasons why you could see into the basement from the first floor in a few little spots.

But so my parents were away on a cruise and my friend who also worked at this place was over at the house with me, and she was making a quesadilla in the toaster oven, like you do, and she had forgotten that it was in there. And we were in the other room, and we smelled the burning, and we went into the room. We went into the kitchen together, we were both like, “What’s that smell? Oh, no, the quesadilla!” And went into the kitchen, and just as we were entering the kitchen, we witnessed the quesadilla burst into flames. And my friend is usually the one who like, manages the disasters, because we’re just… Both of us, we’re just the kind, disasters happen around us. Fire disasters usually happen to her a lot more than they happen to me, like there was one notable occasion where she was sitting next to a candle that was burning just fine and normally, and then all of a sudden it just, “Whoomp.” But uncharacteristically she freaked out that there’s fire and I very calmly – normally I’m the one who freaks out – just went to the sink and grabbed the sprayer and turned the water on and sprayed the toaster oven down, which is probably actually not a great thing to have done because, like, electrical coil, right? But in this case it worked out, it put the quesadilla fire out. And the only evidence that anything had happened was a little smoke staining on the cupboards above it. And me and my friend, we made a pact that we would not tell either of my parents what had happened for five years. By which point, we figured we’d be far enough away from it that they wouldn’t be angry. And also we would be in our mid-twenties by then and ideally be out of their house.