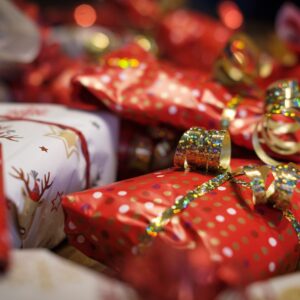 So you're excited for Christmas because of new toys?  And just other stuff. Like what?  Maybe I might get some Roblox. I don't really know because how could I know.  I know but you wrote your letter, didn't you, to Santa?  But Santa doesn't -- Santa can't always get those things. And you also -- I also will get presents from like you and Daddy and so I probably have some presents. Yeah.  Is there anything about Christmas that makes you nervous?  What? Well, no, not really. Well, actually there is one thing that -- actually there isn't. But I kind of have been thinking something about Christmas. You know like the Christmas presents down at the -- at your Christmas tree or like the ones you told Santa you wanted and the ones in the stockings Santa is the one who picked those. I kind of think that like Santa Claus gets to pick those and you get to pick the other ones.  So you're nervous about what Santa's going to pick for you?  No, no, no, not what. I am not nervous about anything at Christmas.  OK.

Comments Off on “I am not nervous about anything at Christmas.” I haven't done one of these in a while, because I've been really busy. But today we have the day off off school because of that school shooting that happened at Oxford earlier this week, and I didn't go to school yesterday, and they just told us to take the day off today. So I have free time and I decided to do this. So yeah, I'm grateful that I'm safe and all my loved ones are safe, and that everyone's healthy and okay. I'm grateful that everyone I know and love is safe. If you could guess, something particularly difficult was the school shooting that happened. It was really tough and I was really scared to go to school yesterday, but I'm thankful my mom let me stay home and they just decided to cancel school once people got there. And it's just really hard to feel safe somewhere that can be so unsafe so easily.

Comments Off on “It was really tough and I was really scared to go to school yesterday.” 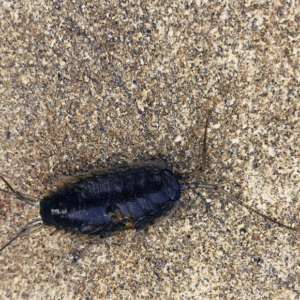 So what's the best gift you've ever gotten? Well, hard to decide. Then the top three. Does it have to be Christmas? No. It can be any time. Okay. One, when Dad got us chickens. I don't know if it was a present, but it was still awesome to get chickens. A cute one, our neighbors gave us since we were doing something called fairy presents for them, they gave us this cute sticker sheet and a doll back, which was just cute and heartfelt so. And the last... You said anything. I said anything. When her cat dropped a dead cockroach at Mom's feet, that wasn't a present to me, but it was a present to her. And it was one of the best presents ever? For you, yes.

Comments Off on “What’s the best gift you’ve ever gotten?” 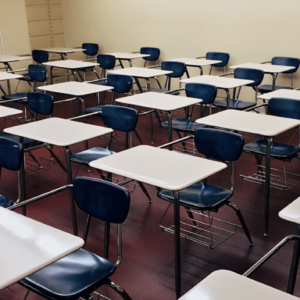 Like I said before, this kid has been bullying me and I spoke up. I emailed my teacher and I just kinda told her about what's happening and I asked if I could switch seats cuz I felt -- and then I said, I felt greedy and I was sorry for wasting her time. And she responded, and she said -- like I just said like my self-esteem was being lowered. My confidence is being lowered and it was already low and I have trouble making friends. And I felt like crying when I read that email that she sent me back. It was an amazing email, she just told me about I'm strong, and that it's a big thing to be brave and to advocate for yourself, and that it's wrong for him to bully me and just that I can move seats, and she just said so many kind things that really touched me. And if I become a teacher, I want to be like her. I want to care about my students so much, and I just want to put that confidence on them. And she made me feel really good about myself and she made me feel like I'm a human. Yeah, I can do this.

Comments Off on “She made me feel like I’m a human.” 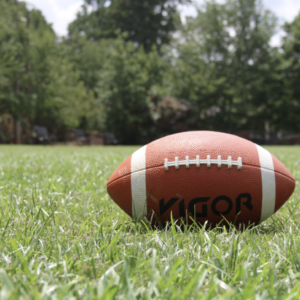 Like, the wallpaper for the home screen has like a nice story behind it. So it's like this blurry picture of me and my friend hugging, and it was after we had this really big senior versus junior event at our school and the seniors ended up winning that night and it'd just been a rough week for all the seniors in my school cuz we had a lot of things going on, but we ended up winning and it was like a very like, dramatic day because it was like, raining midway and it was like stressful and like, it was really tight between the juniors and the seniors for a bit and we ended up on top, and it was just a really, really fun night for me and the people on my team. It was like a powder puff game and it was just a really fun night for us because we were able to like celebrate something and things had been a bit difficult for a bit for all of us in the grade so it was nice to finally have something to celebrate for and I remember like we all like rushed on to the field and we were screaming and shouting and it was so so much fun. And then after we all cleaned up, we all headed up to this like a rooftop and kind of just had like a small little celebration. Like everyone brought their own food. We were all just hanging out and the whole team was taking pictures. And so yeah, that's where I got this photo. 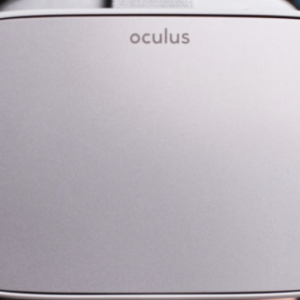 You know, I'm so used to someone saying, like, "you should watch this show or play this game" and you can hop onto YouTube or hop onto my TV and there it is and you can feel what someone is talking about, but you can't do that with virtual reality. You can only experience it, you can only experience it first-hand. So that was a pretty, like, it feels weird to say it, but that's a pretty exciting moment of my weekend. My brother started us with like a tutorial where we're just kind of like in this like sounds strange to say, but like in this virtual camper van in a way with retro computer gear and it's where you practiced picking things up and I had to pick up floppy disks and put them into the old computer, and it would create a 3D object that you could then manipulate, whether it be nerf gun or a butterfly, where if you stick your finger out in real life, the butterfly would come land on your finger. Gosh. And then we tested one where we were on board the ISS, the International Space Station, and I'm gonna tell you it's not perfect, of course. I remember the resolution, I'm totally nitpicking here, the resolution on the ISS, once you're out in space. Space didn't look super-duper sharp, if I had to be like a real stickler, but all I could think about was the possibility when I was done. If this is where we are with virtual reality now, which is an amazing experience already, a stunning experience, I can only imagine where we're going with this thing 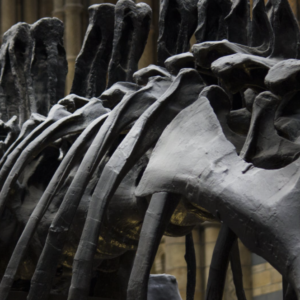 One that really stuck out to me partially because it was a positive thing, but also cuz it happened in, you know, the U.S. and it was this big scientific discovery. I believe either, I'm pretty sure it's Missouri, but it was either Missouri or Mississippi. They found a new species of dinosaur. Not only did they find a new species, they found the juvenile skeleton of a duck-billed dinosaur and then a few meters away, they found an adult, and I believe the adult was intact, and if I'm remembering correctly, they think that there might be more nearby. So I don't know if that means they think there's a herd potentially but, you know, just that could reveal so much about their social habits, and, you know, what kind of eating habits they had and stuff like that. So it's just super cool. The other interesting piece about that is 80 years ago, there was a bone discovered from the species and it was donated to the Smithsonian, but the Smithsonian didn't bother to identify. They didn't do anything with it. So I am kind of wondering if that means the Smithsonian is going to kick up some legal trouble because they've had this bone for so long, you know, I'm sure that there will be enough specimens to, you know, say, oh, the Smithsonian's gonna get one and, you know, I'm pretty sure it's Missouri, but, you know, let's say the Natural History Museum in Missouri gets one or the University or whatever, but one of the things that I find so fascinating about this is we live in the internet age. We have all of this information at our fingertips and, you know, the kind of magic and mysticism that our ancestors lived with has dissipated, so finding something like this, it's a wonder.

Comments Off on “Finding something like this, its a wonder”